This is the exhibition that i have been working towards, hope you can make it along! 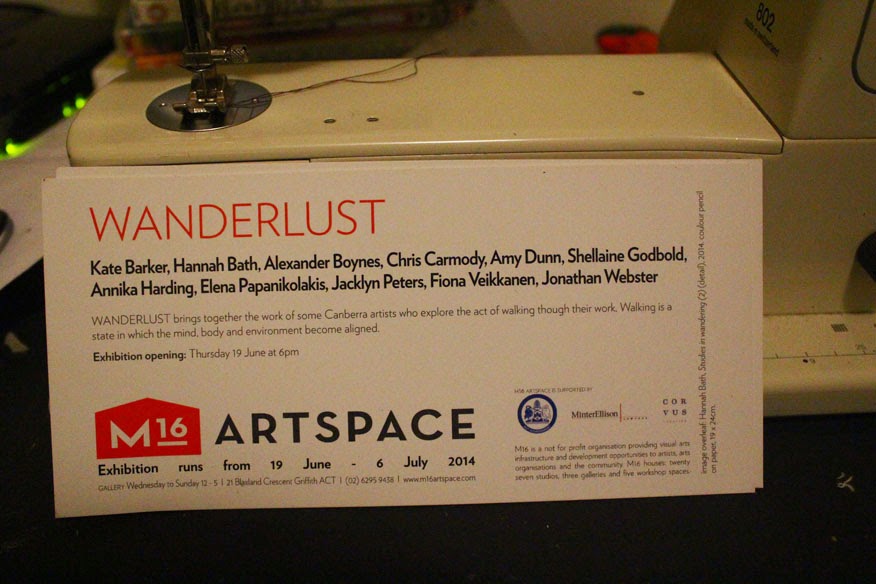 WANDERLUST brings together the work of some Canberra artists who explore the act of walking through their work. Walking is a state in which the mind, body and environment become aligned. 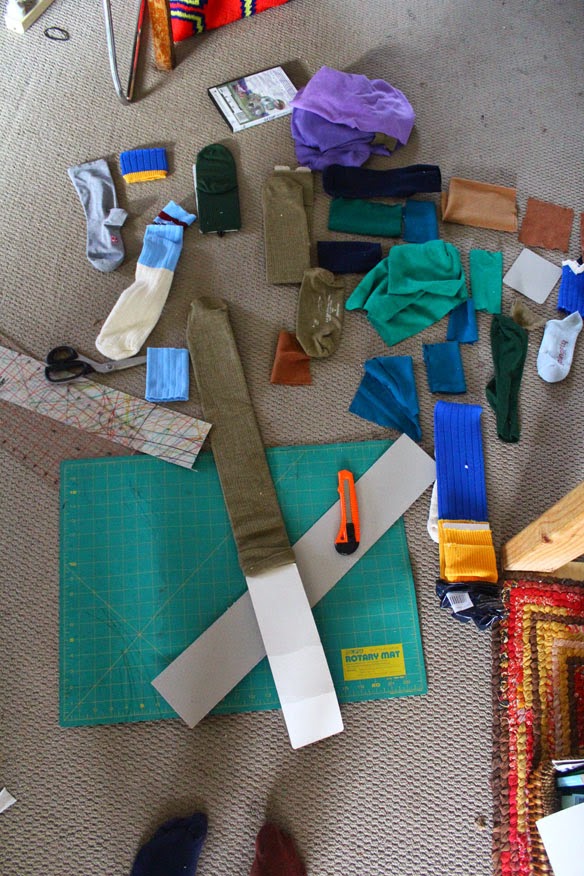 Perhaps it sounds a little odd- but I've been making lately, so watch your socks. 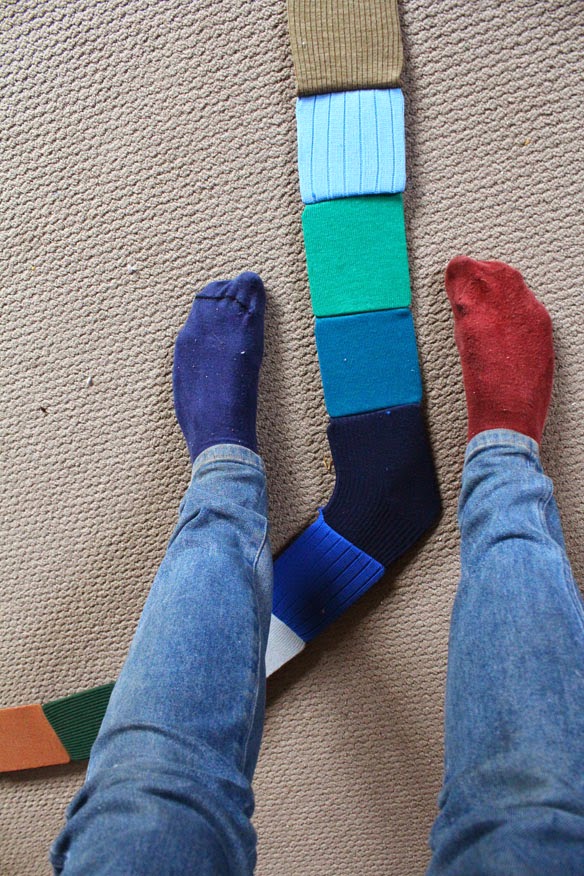 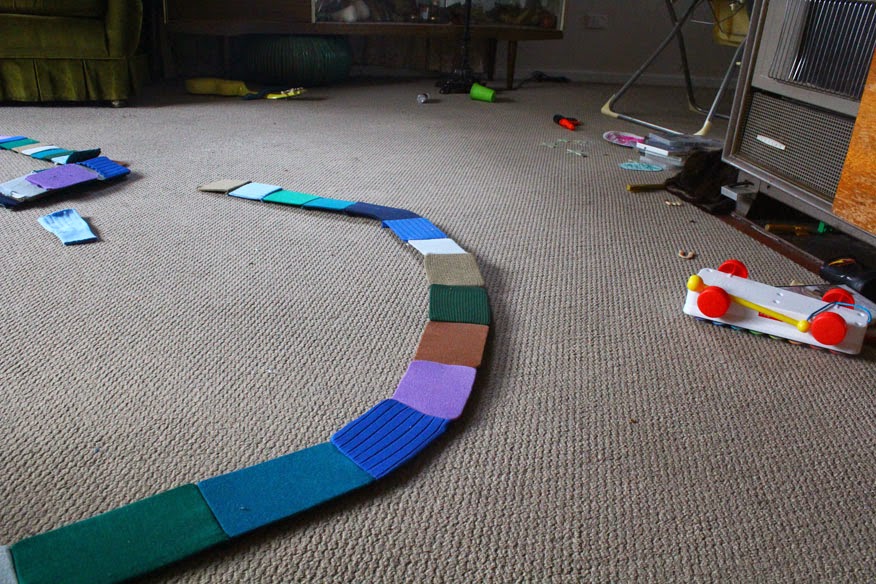 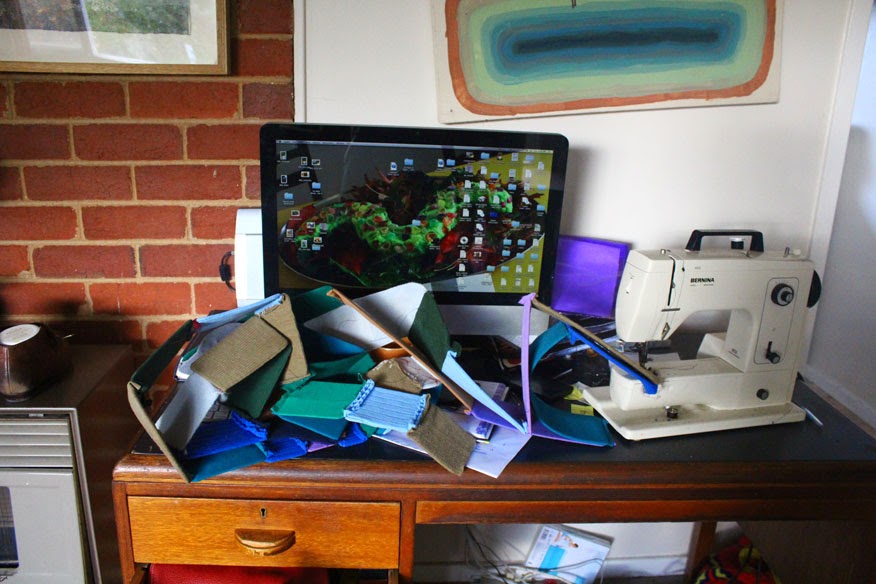 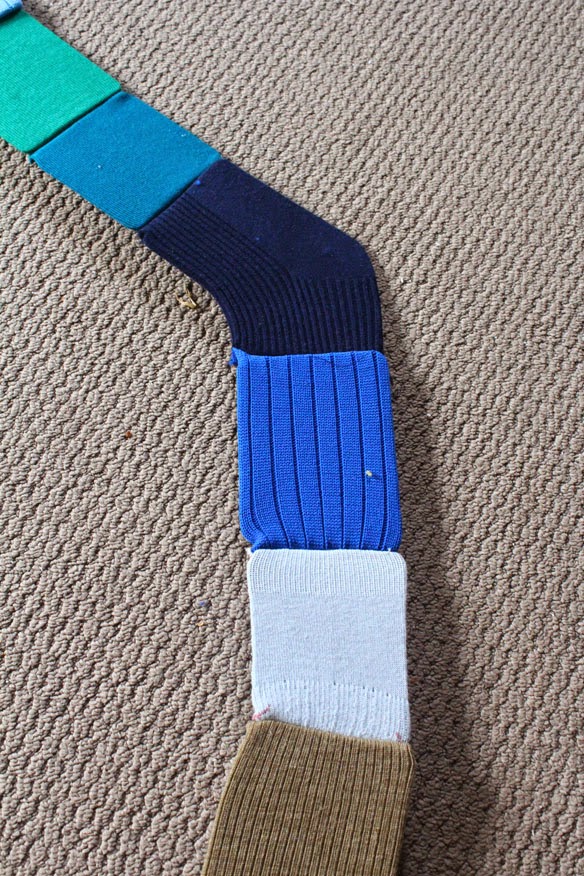 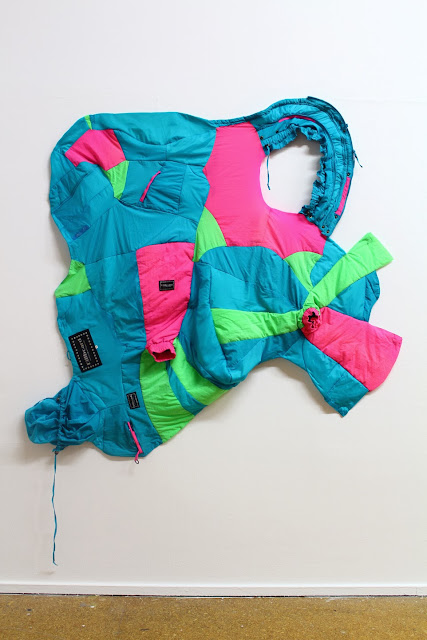 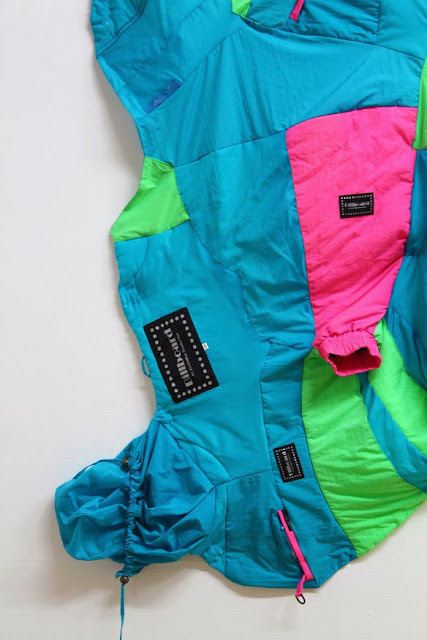 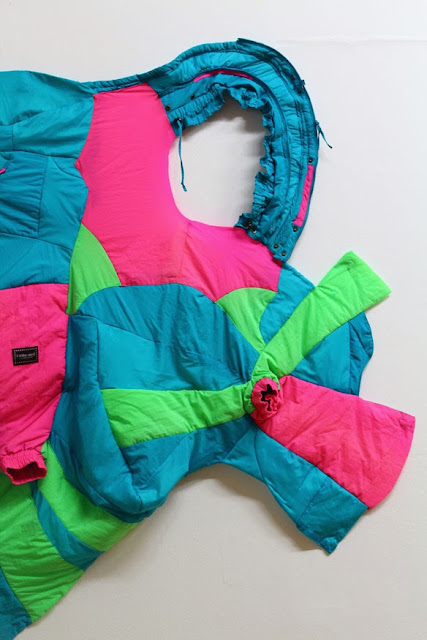 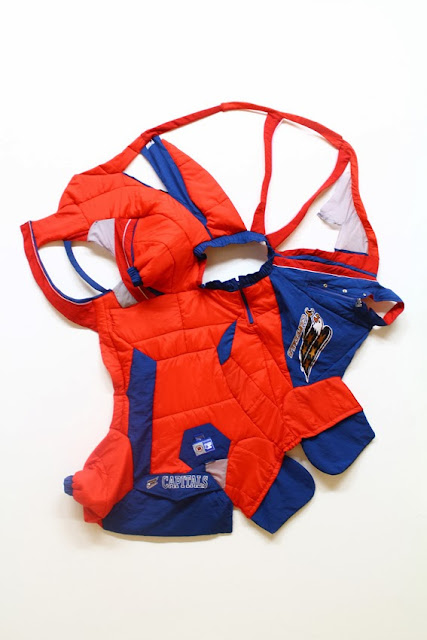 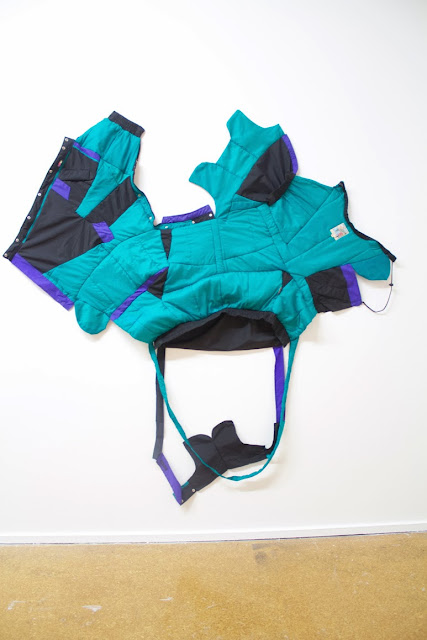 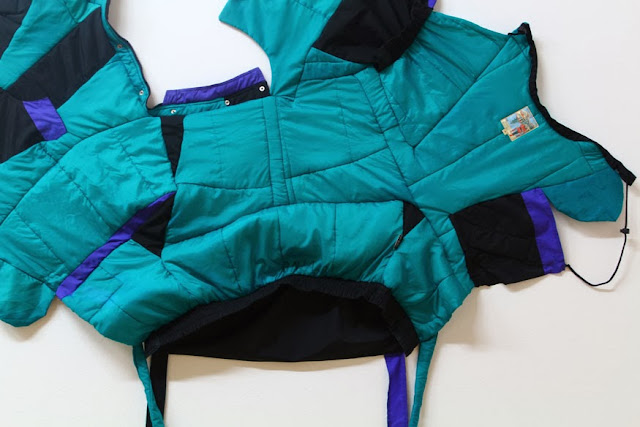 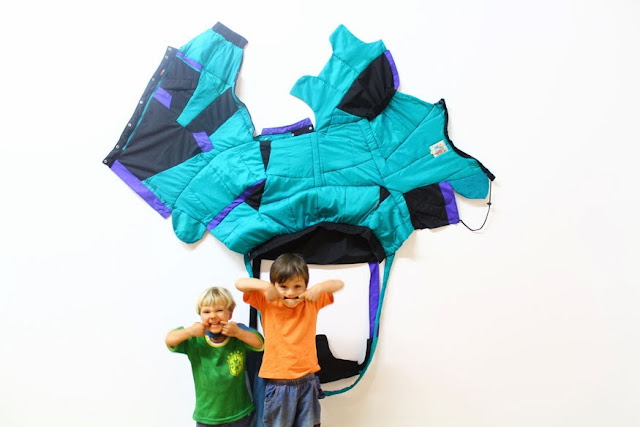 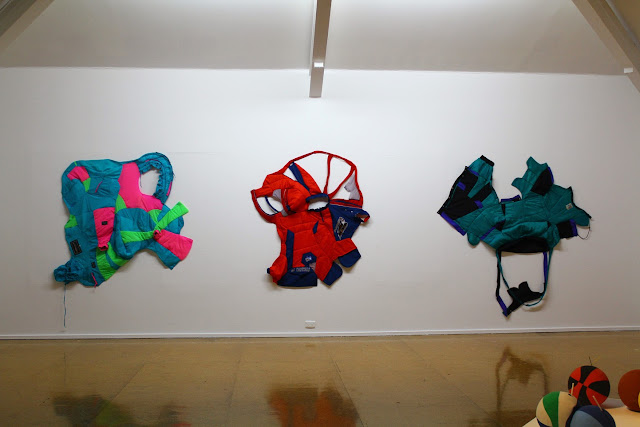 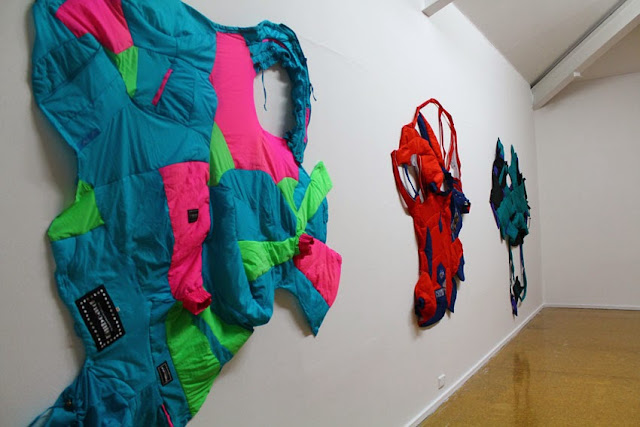 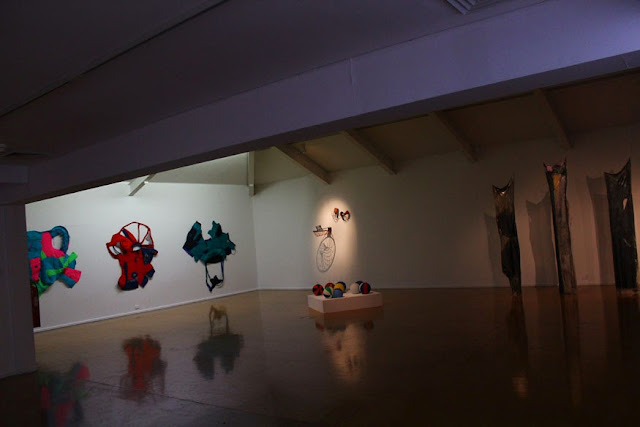 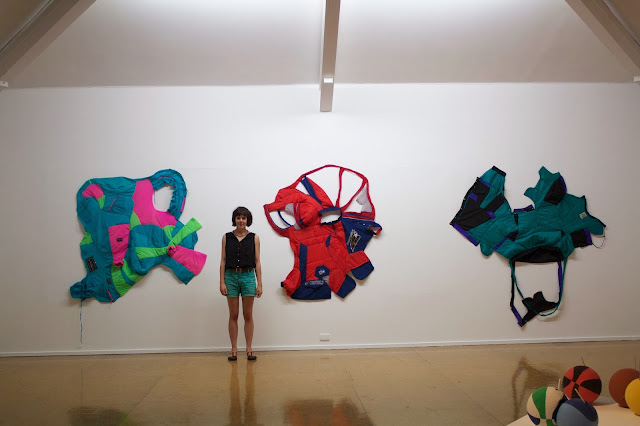 I will be including images of my art from the recent show Back Burning at Gorman House, Canberra soon! In the meantime, here are a few photos of the artworks in progress. 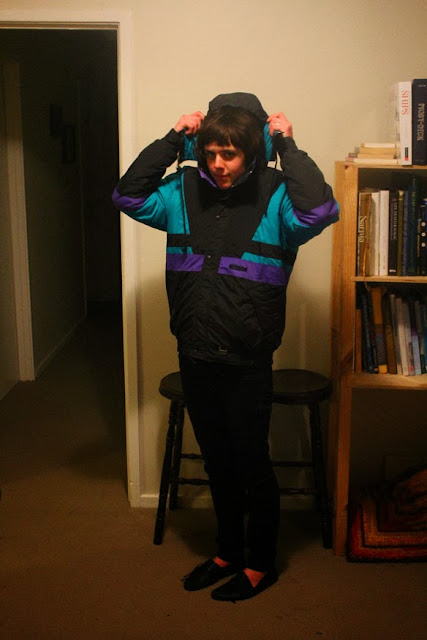 Sporting my wares- before cutting and sewing begin! 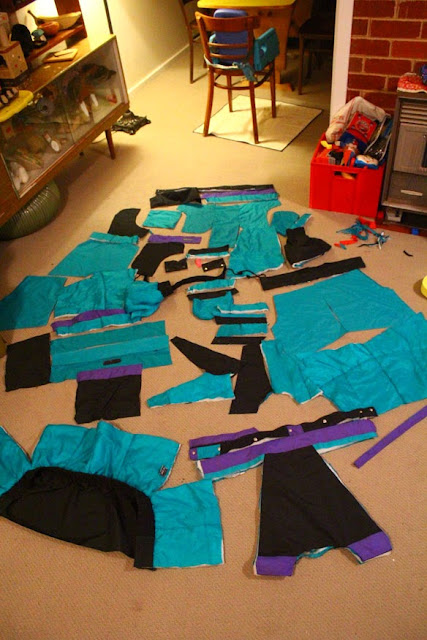 Ski jacket now in pieces, this is where the magic starts to happen. 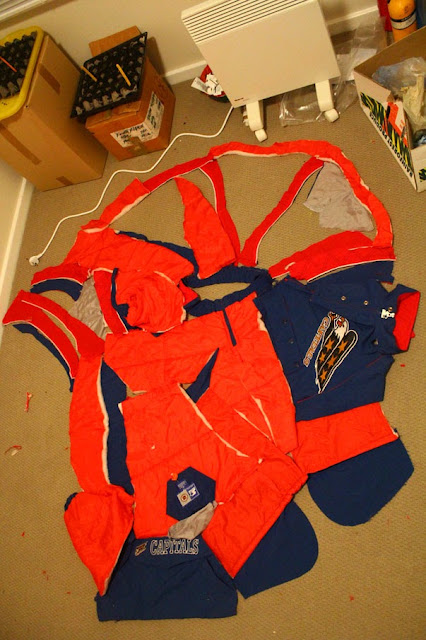 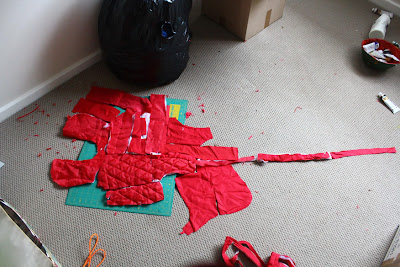 This one never quite made the cut (haha....) but did bare the brunt of my testing phase.

Ya Big Softy. 2013. Vinyl, fabric, wire, foam, thread. 73x174x174cm.
A few installation shots of Ya Big Softy from the exhibition Momentum at Belconnen Art Centre from earlier in the year. 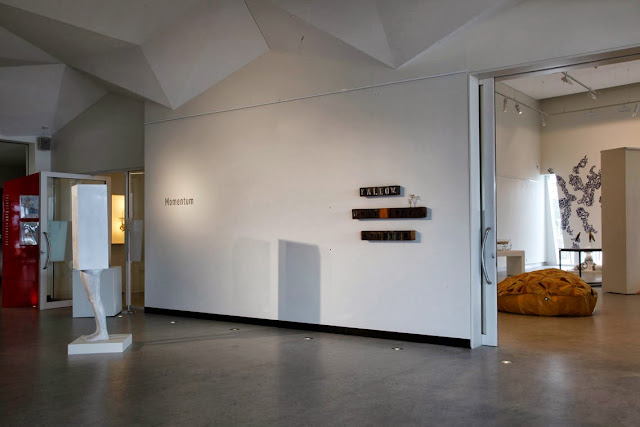 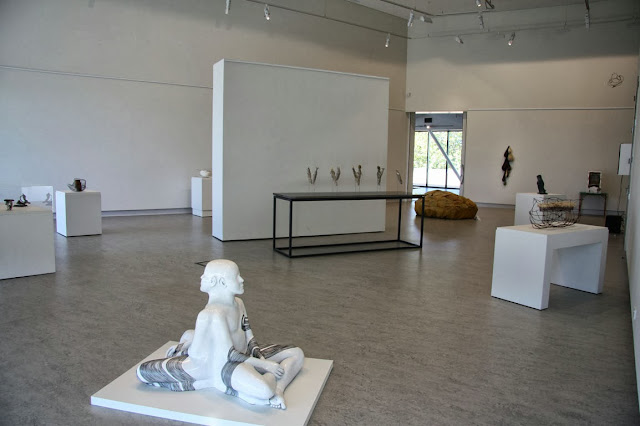 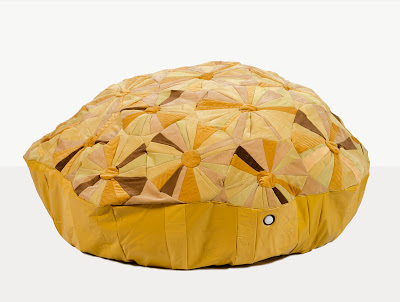 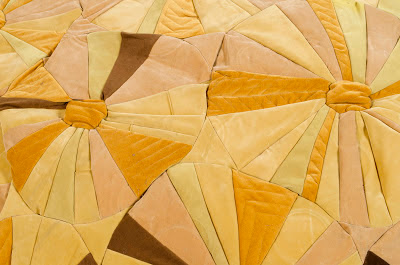 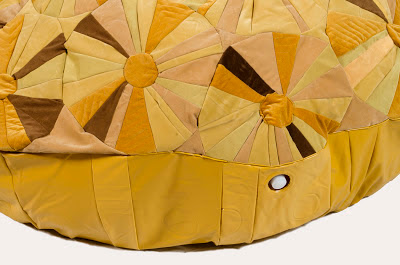 Often engaging with traditional craft techniques including quilting, crochet and pompom making, the unique and personal effects of the craft process transform objects that are typically man-made, industrial and impersonal. These altered objects, now detached from former function revel in newfound appreciation, yet retain hints of a previous use and life.

Since the birth of my third son -Horatio -last October, I have had the absolute compulsion to create ‘The softest thing of my life’.

Feeling strangely soft and vulnerable myself I wanted to create something that would speak of this profound softness, of malleability, private/public and self-consciousness. And of course it’s creation would be firmly based within the home.

As well as the physical softness of an inflatable, the old blow up mattress has a particularly unpredictable and precarious nature. Subject to change, to deflate and disappoint, what more appropriate a material for the creation of this work-Ya Big Softy.

Since graduating from the ANU School of Art in 2010 Fiona Veikkanen has exhibited with enthusiasm including two solo shows and numerous group exhibitions. Fiona has received several awards, grants and a residency at Canberra Contemporary Art Space. Most recently Fiona has exhibited in Blaze 6, a group exhibition at CCAS Gorman House, Creature Comforts, a solo show at CCAS Manuka and was included in the Australian National Capital Artist’s contemporary group show Material World. 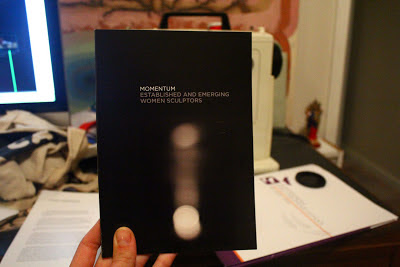 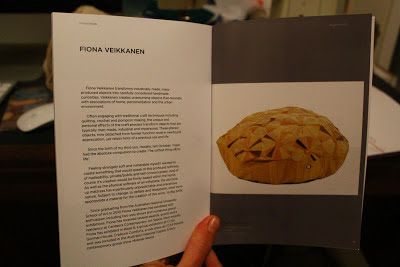